I believe in using art as an advocacy tool and harnessing the power that animal photojournalism has to bring the names and faces to those who, by no fault of their own, end up needing the help of humans to find new homes. We humans domesticated them, so it's up to us to then ensure we help assimilate them into our lives in a way that is kind to them and their natural behaviours.

Most of my photographs focus on the dog world because that's what I know best, but I love and respect them all equally.

A selection of images from my advocacy projects are available for licensing and limited edition prints. Any money raised through these avenues will be donated to animal organizations I trust and know who are putting animals first.
​
​Please contact me for details

the home away from home series of books

In 2012 I self-published my first photo book. Titled "Home Away From Home: a day-in-the-life look at animals in care at BC SPCA Victoria", its aim was to show all the work that went in to helping animals at the shelter I'd been volunteering with between about 2010-2012. The dogs, cats, bunnies, rats, birds... came from all circumstances - owner surrenders, medical cases, cruelty seizures, animal dumps, hoarding situations, exhibiting inappropriate behaviour in the home... it goes on. They were scared, nervous, helpless, alone. And all were given another chance.
A review by my photojournalistic idol and Canadian icon, Ted Grant, said:

I was so honoured and felt I was on a path to something, so I forged ahead with another book. My second book: "Sheltered Dogs: a home away from home book" came out at a unique time at the our local shelter. Both books were fundraisers for a specific fund at the shelter, but in 2013 shelter management changed along with some of the ways they were doing things - and I wasn't on board. Needless to say, I didn't sell many copies of that second book.
Life can take us down unknown paths and after taking some time to re-focus, in September 2013 I ended up going on a 4-day, intense visit to the site of the Whistler sled dog cull to photograph the dogs that were remaining and in need of adoption, foster, or at the very least, getting off the mountain before winter set in. Shortly after, the official I Was A Sled Dog, project that was born and I've been working on that ever since.
In 2016 I released "Meetings with Remarkable Dogs: the road to retirement for Whistler sled dog Survivors", but not before self-publishing a number of other small-run, photo books.
I am eternally grateful to the rescues who allow me into their worlds to photograph the animals in their care, so I can help share their stories.
​Copies of my books are still available either through me or online and 100% of the proceeds of my advocacy books were (and still are) donated to help animals in the care of shelters and rescues.

Here are a couple television interviews I did to promote my first book "Home Away From Home". 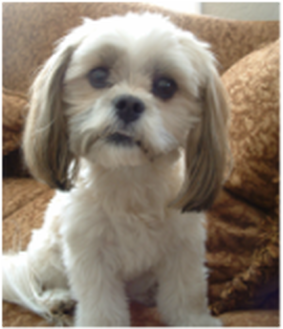 Suzy, September 2005, day 1
Suzy... it all started because of this little dog. The photo taken shortly after I brought her home after meeting her that morning on the set of the morning television show I produced. The local shelter brought her in for a Furry Friday segment that featured adoptable animals. She was there with a little lab puppy from the local shelter. The lab got all the attention, but there was something about her offering up her tummy to me the instant I knelt down to greet her.
It was September 2005 and the weekend of hurricane Katrina. She and I snuggled on the sofa watching the news and got to know each other in comfort and safety while the devastation to animals who didn't have what she now had played out on the tv before us. I vowed that day that I would do whatever I could to help animals who had found themselves in the care of a shelter or rescue.
As an adoptee myself, I empathized with Suzy, the best a human could with a dog. I knew what that unknown felt like and I wanted to give her the same comfort I had growing up.
L'il Suzy became my bestie, my sidekick and a huge part of our family for eight years before passing away in December 2013.
She welcomed other foster dogs into our home, giving them space, while gently showing them the ropes and routines. She happily accompanied me to schools where she patiently watched while I presented humane education courses. After we were done, there was an opportunity to say hello to her (single file, one at a time for as long as she wanted to) and for some kids, she was the first dog they got to touch. Those little faces lit up when they felt how soft she was. She came to work with me and greeted the humans she considered friends with her flouncy tail up and wagging and ignored the ones she didn't. She showed that not all small dogs are yappy. She was a true ambassador.
Suzy was also very silly and loved life. Even people who didn't consider themselves 'small dog' people found her sweetness endearing. She was also instrumental in us becoming a 'foster fail' family when she welcomed one of our foster dogs, Mister Coco, into our home permanently the year before she passed away.
Thank you l'il Suzy... I am eternally grateful for your existence and everything you shared with us.